IOM scientists investigate the fundamental electronic and structural phenomena, as well as the intermediate stages, of chemical reactions taking place at the interface with solid substrates, nano-clusters and molecules, either supported or dispersed (both liquid and gas phase), which may act as promoters (catalysts) of the formation/scission of chemical bonds. Depending on the operational environment and physical phase, catalysts may act by diverse atomistic mechanisms, which typically include bringing reactants to specific sites, providing them the excitation energy (or transferring the charge) that triggers the formation/breaking of chemical bonds.

These processes involve many intermediate steps and correlated phenomena, such as molecular arrangement at interfaces, intermolecular forces (both chemical and electrostatic), molecular and substrate vibrations, substrate and molecular response to external stimuli (pressure, temperature, mechanical, radiation, etc). IOM scientists take advantage of multiple instruments for the study of the interaction of electromagnetic radiation (IR, UV, X-ray, electrons) with materials, as well as several atomic resolution microscopes. A unique aspect of IOM in the National landscape is its direct participation to the operation of laboratories at Large Scale Facilities (Synchrotron Light, Free Electron Lasers and Neutron sources), which offer a vast and diverse suite of advanced instrumentation for electronic, morphological and structural studies.

The direct involvement of IOM scientists in the development and use of the Quantum Espresso computer code for electronic-structural calculations ideally matches the experimental analytical tools to develop a precise modeling of chemical reactions with an effective predictive capability. 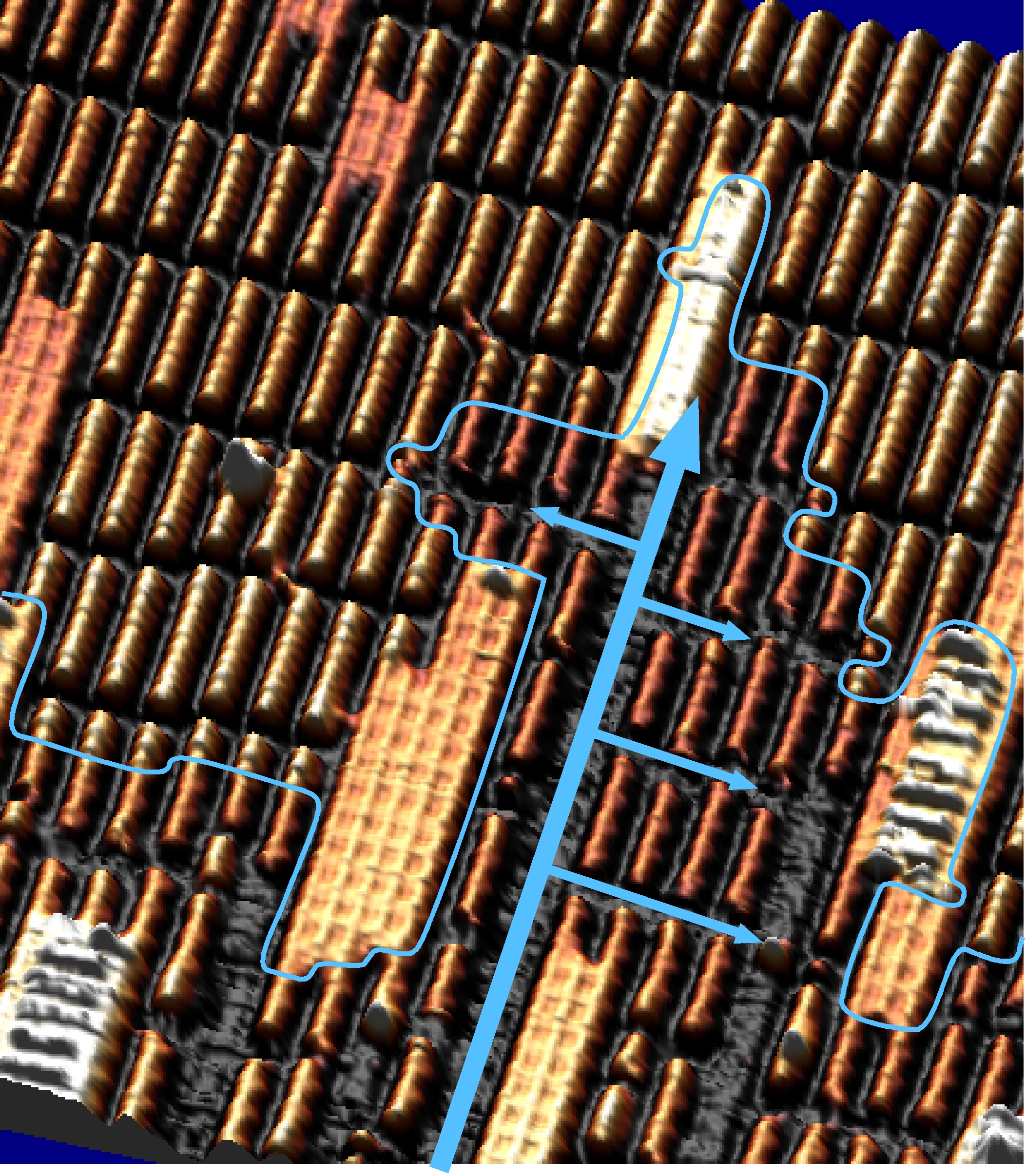 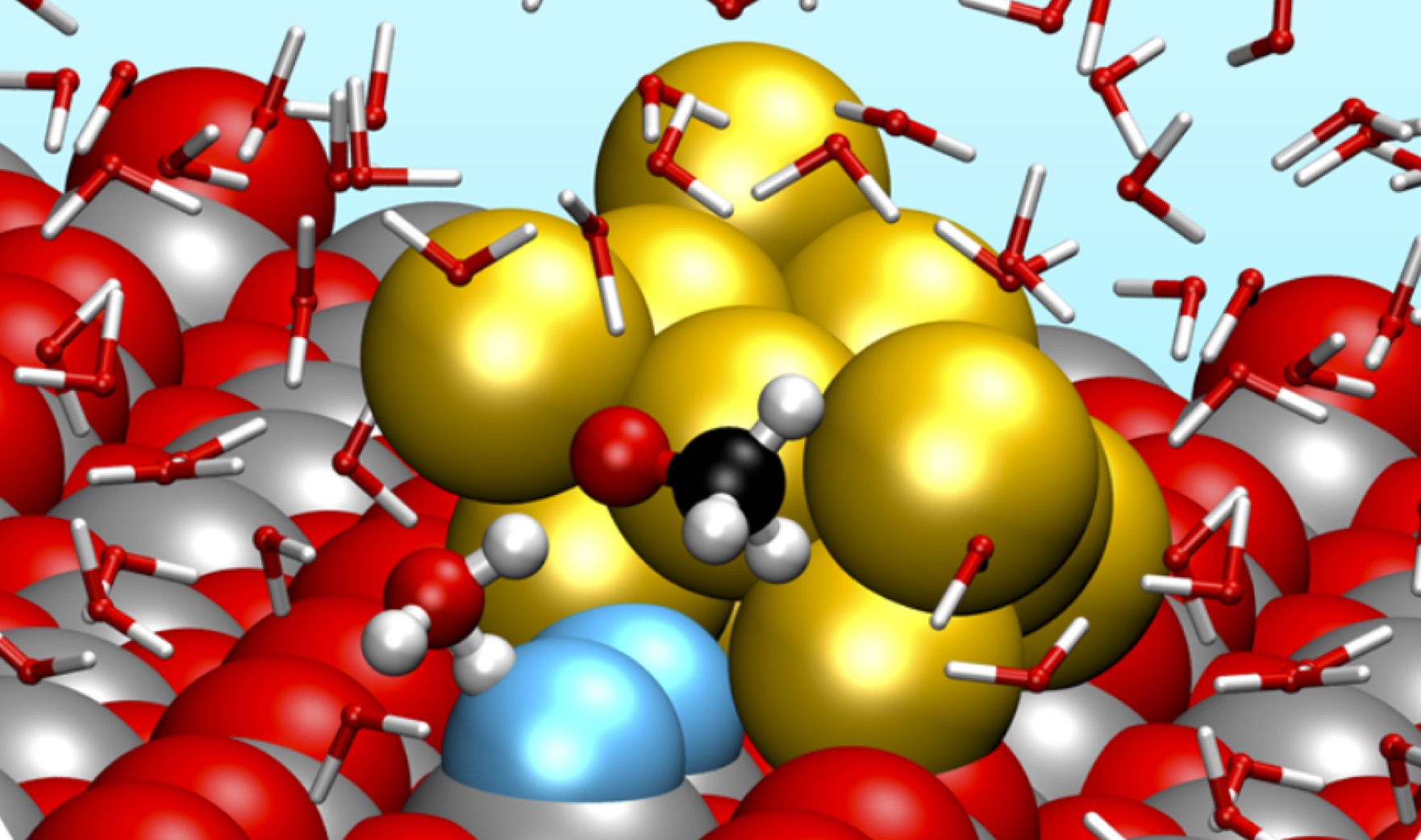 Most of the materials and phenomena involved in catalytic processes display also relevant properties for other fields of application. For instance, porphyrins are the active constituent of enzymes that govern the basic processes of life (hemoglobine, chlorophyll, vitamin B12, etc), but are also largely exploited in photovoltaics and organic-electronics for their response to solar light and semiconductive properties. Transition metals, such as platinum, rhodium, nickel, copper, etc., represent a class of legacy materials for the fabrication of catalytic reactors in chemical and automotive industry, but are also fundamental substrates for the on-surface synthesis of graphene sheets and multiple 2D exotic materials. Further reducing the dimensionality of substrate materials increases their chemical reactivity, making catalytically active also noble metals, like gold and silver, when assembled into nanoclusters of few tens/hundreds of atoms. Mastering the chemical properties of low dimensional materials offers an alternative route to conventional chemical processes for the on-surface synthesis of macromolecules starting from small molecular precursors, as well as for the local modification of large complexes. This path offers the advantage of directly patterning the substrates, as well as functionalizing low dimensional systems, to the double aim of enhancing the intrinsic catalytic/electronic properties of materials and directly integrating hybrid heterostructures into complex architectures in a bottom-up approach.

The advanced instrumentation available at IOM, allows scientists to pursue most of investigations of these phenomena in real time or in-operando and in conditions simulating ambient or harsh environments. The measurement of as many as possible chemo-physical properties of materials as a function of multiple variable parameters is mandatory for the final modeling of their functionalities, and their integration in a fully working device. 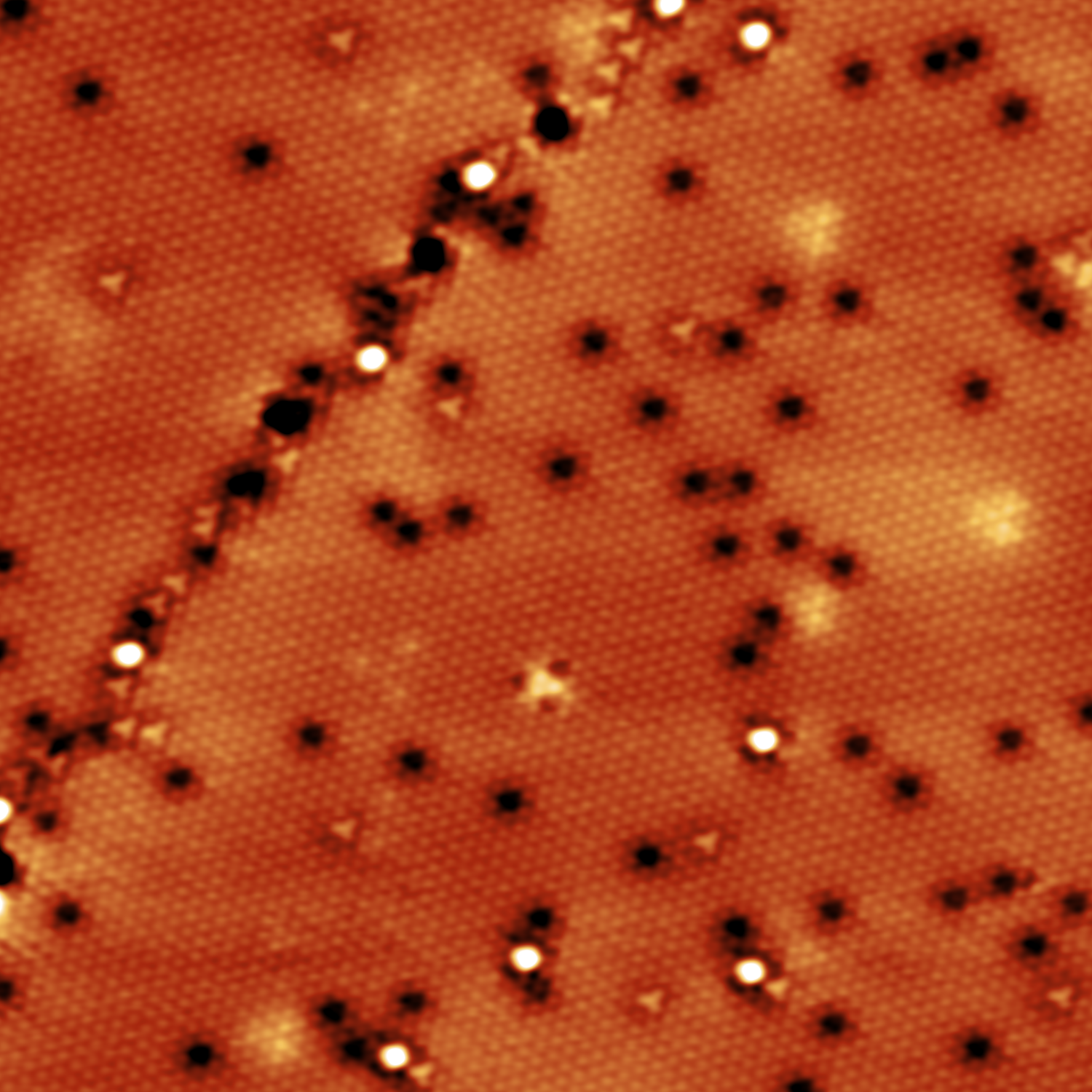 A scanning tunneling microscopy laboratory for the investigation of structural and electronic properties of solid surfaces at the nanoscale, with specific interest in describing their evolution during surface processes.

INSPECT is a laboratory studying the electronic structures and growth mechanisms of thin films, focusing on carbon-based materials and their hybrids

The Gas Phase is operated by a Research Team (Sincrotrone Trieste+CNR-IOM&ISM), and is the only beamline at Elettra specifically devoted to research on gaseous systems.

ALOISA is a laboratory for the study of surfaces and interfaces and includes 3 Synchrotron end-stations (alternative use) and one STM (offline).

SIPE laboratory is focused on the electronic structure and dynamics study of low-dimensional materials and includes 2 IPES chambers (one at IOM-PG) and one TRXAS end-station.

ACROSS is an experimental chamber equipped with a RHEED, a LEED and an AES system for the characterization of structural, physical and chemical properties of surfaces, ultrathin films and nanoarchitectures

The APE High-Energy is a beamline at Elettra Synchrotron focused on the electronic and magnetic properties of surfaces and nanostructures.